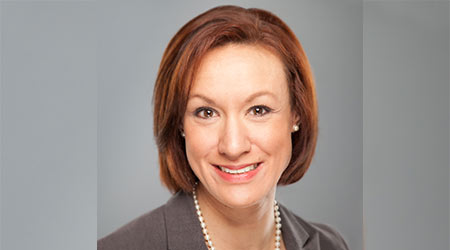 Andrea Berry-Morris was working as a lead engineer for a high-precision laser radar manufacturer when she received a call from a recruiter at ENSCO Inc. The company wanted to hire her as an electrical engineer in its rail group. Without any prior rail experience, she initially wasn’t sure the job would be a good fit.

However, after coming in for an interview and learning about the abundance of new technology being developed, she in 2006 accepted an offer to work as an ENSCO senior engineer.

"I was fascinated by the fact that there is so much state-of-the-art technology in the rail industry, and that’s what people don’t realize," says Berry-Morris, 37, who earned biomedical and electrical engineering degrees at Duke University. "We're talking about some of the most innovative stuff in the world."

At ENSCO, she helped develop the company's Machine Vision Technologies for use in automated inspection of joint bars — technology that's still being used on Class Is today. In addition, she led the effort to gain Federal Railroad Administration approval of new track inspection technology.

"She couples an intuitive understanding of the issues and concepts with the need for a thorough understanding of all the technical details — even the small ones — of the projects she works on," Holland Business Manager Robert Tuzik wrote in his nomination of Berry-Morris as a Rising Star. "A good, intuitive business sense allows her to quickly assess what is viable in the market. And if she doesn’t know, she picks up the phone and talks to people who do."

While the opportunity to work on cutting-edge technology drew her to railroading, it was the industry's relationship-driven environment that made her stay.

"We're all successful together when we have the same united goal, and there's no other industry that does that better than ours," says Berry-Morris.