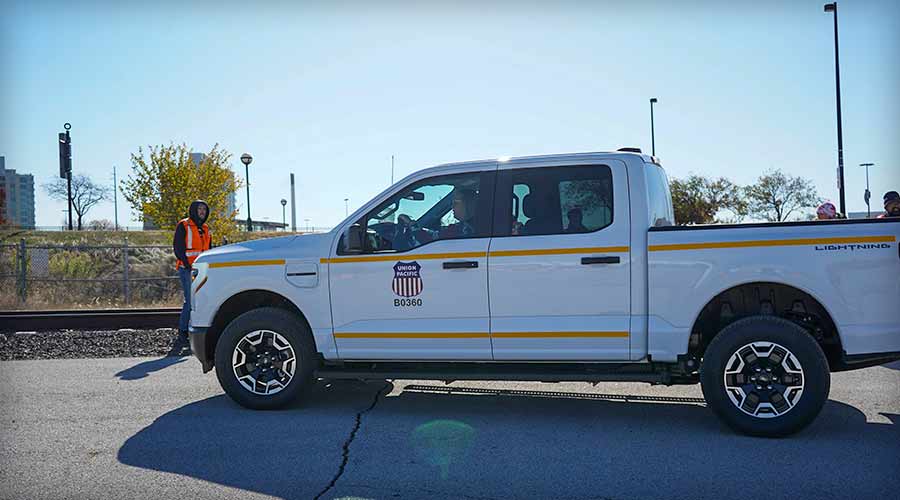 Canadian National Railway (CN) operates the largest rail network in Canada. The railroad serves ports on the Atlantic, Pacific and U.S. Gulf coasts while linking customers in Canada, the United States and Mexico. Canadian National Railway, which operates about 20,600 route miles, serves nearly 75 percent of the U.S. population and all major Canadian markets. These days, it's more commonly known (and branded) as "CN."

CN employs about 22,000 people in Canada and the United States. In CN's Western Region — which serves the Port of Vancouver and is the exclusive rail link to Prince Rupert, British Columbia — the railroad carries bulk export commodities such as grain and fertilizers, coal, potash and sulfur; and forest products, petroleum and chemicals, and intermodal freight destined for international and North American domestic markets. The railroad also carries metals and construction materials to serve the Alberta Oil Sands development.

In the Eastern Region — which serves the ports of Montreal, Saint John, New Brunswick and Halifax — the railroad carries automotive, intermodal, ferrous and non-ferrous metals, petroleum and chemicals, and forest products carloads.

In the Southern Region — which serves the Gulf ports of Mobile, Ala., and New Orleans, and the river ports of Memphis, Tenn., and Baton Rouge, La. — the railroad hauls automotive, iron and steel, petroleum and chemicals, forest products, coal, fertilizers and grain carloads.

In 1994, CN and Canadian Pacific were exploring the possibility of merging their respective eastern operations, but the two railroads dropped the merger talks — instead, CN strategists embarked on a plan to privatize the railroad, which had operated as a Crown corporation since 1918. The result: a wildly successful public stock offering in 1995.

At that time, Paul Tellier served as the railroad's president and chief executive officer. He promised that CN would be profitable; a year after the stock offering, it was. Under the guidance of the hard-driving Tellier ("The faster you change, the more successful you are," he told Progressive Railroading in March 1999), CN pushed north and south. In 1998, the railroad entered into a marketing alliance with Kansas City Southern. During the next decade, the Class I acquired Illinois Central Corp. (IC) in 1998, Wisconsin Central Ltd. in 2001, Great Lakes Transportation L.L.C. in 2004, B.C. Rail Ltd. in 2004 and the Elgin, Joliet and Eastern Railway Co. in 2009.

In 2003, Harrison was named the railroad's president and CEO, replacing Tellier, who had left to become CEO at Bombardier Inc.

In 2021, CN launched what became a failed attempt to merge with CP since a proposed voting trust was rejected by the STB.

As CEO, Harrison hammered home a continuous-improvement message while managing the company based on five guiding principles: service, cost control, asset utilization, safety and people. In the meantime, the "scheduled railroading" concept had been redubbed "precision railroading." Although CN's cost-control and asset utilization successes got most of the ink, it was in the "people" realm where the railroad continued to break ground, Harrison and his executive team believed.

Harrison, who received Progressive Railroading's first-ever Railroad Innovator Award in 2009, retired at the end of that same year; Claude Mongeau took over as president and CEO in 2010, and then retired in June 2016.