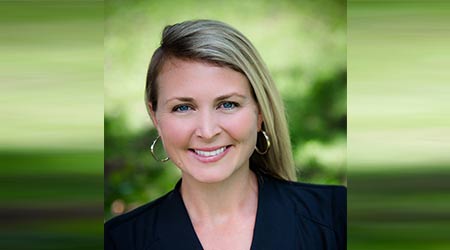 For Leslia LeMaster Wilson, a day is only typical in that it will be spent doing whatever it takes to help keep TRAM Construction, a track construction company, running smoothly.

Today, the Garrison, Ky.-based company has two lines of business: building and maintaining railroad track for the public and private sectors; and maintaining and selling relay track material, as well as scrap to local foundries.

LeMaster Wilson officially joined TRAM Construction as a full-time employee about seven years ago, following a stint as an environmental engineer working for an Ohio utility company. She earned a bachelor's degree in geography at the University of Kentucky and a master's degree in environmental science at Marshall University. Prior to her official duties at TRAM, she grew up helping out when she could.

She moved back to Kentucky to help the family business, with the goal of taking over when "or if" her dad decides to retire as TRAM's president. Her five-year goal is to help "continue the legacy" that her father started, she says.

"I want to make sure this business continues to grow and, with it, local jobs for our community," says LeMaster Wilson. "We are expanding into material sales and selling materials back to railroads, and I would like to grow that side of the business."

That TRAM employs 25 people in a "rural eastern Kentucky town that doesn't offer many jobs" makes her proud, she says.

And sister Lindsey LeMaster is proud of her, if what she wrote in her Rising Stars nomination for Leslia is any indication. Lindsey noted that Leslia serves as an inspiration to other young women.

"In a male-dominated industry, it's not unusual for Leslia to be the only woman at a bid showing, or to command attention as she presents safety goals to a roomful of men," Lindsey wrote. "She has taken this opportunity to thrive as a leader."

Working in a male-dominated field has never phased her, Leslia LeMaster Wilson says.

"When I was little, we had dump trucks in the driveway and foremen, laborers or operators in our yard talking to my dad," she says. "So, never in my life did I feel like a minority or uncomfortable talking to a big bunch of guys. I think that's because that's what I always was surrounded by, and I've always been respected."

Her advice to young women and men about to embark on a career: Don't be afraid to dig in and learn every detail about the business.

"That's something that I try to do with my job," LeMaster Wilson says. "If I'm managing people in sale and scrap, for example, I want to know what it is that they do. I'll get in there and do as much as I can — even sort spikes if I have to."