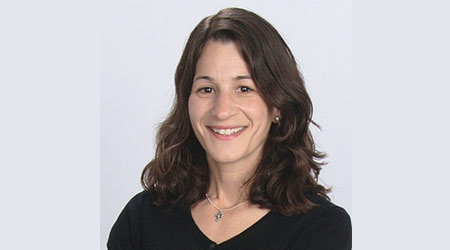 Kate O'Connor's personal philosophy can be summarized in one phrase: Don't stop moving.

That attitude certainly applies to her job at the Southeastern Pennsylvania Transportation Authority (SEPTA) and its rail and transit programs: She helps keep the trains and buses moving. O'Connor does that in her role as chief engineering officer of SEPTA's bridges and buildings department, which is charged with engineering, inspection, maintenance and construction of railroad and transit stations, shops, railway bridges and structures. She oversees the agency's largest infrastructure group at 500 employees.

"What we do truly touches every facet of the agency. I deal with track, power and C&S, but I also deal quite a bit with the operations side of things," O'Connor says. "When we do design, maintenance or construction, we have to make sure we're coordinating with the operations folks so that we can minimize the impact on them."

She and her staff maintain, inspect, design and construct close to 500 bridges and culverts. In the two-plus years that she's worked for SEPTA, she has been steering the group so that much of the bridge design and construction work can be handled in-house. The division is now in the early stages of a five-year program to rebuild or upgrade bridges that require a significant amount of work.

In one of her recent projects, she made use of in-house design and construction staff to build the agency's first new station in nearly 20 years — the 9th Street Station on the Lansdale/Doylestown Regional Rail line.

And in September 2015, O'Connor played a "critical and pivotal role" in the agency's efforts during Pope Francis' visit to Philadelphia, said SEPTA General Manager Jeffrey Knueppel in his nomination of O'Connor for the Rising Stars Award. Under O'Connor's direction, her team installed miles of fencing, improved stations, constructed temporary facilities, created crowd-control infrastructure, set up staging systems and installed signage, he said.

When Snow Blizzard Jonas dumped more than 20 inches of snow on Philadelphia in January, O'Connor's "keep-going" attitude was on display as she and her team kept SEPTA's Broad Street subway and Market Frankford lines running while other SEPTA services were suspended.

The team was able to bring the other services back online as the storm subsided, Knueppel noted in his nomination.

"Kate is bringing a new sense of enthusiasm and technical insight to SEPTA's bridges and buildings department," he wrote.

Bridge structures are O'Connor's area of expertise. She spent the first 15 years of her career at Jacobs Engineering Group, where she managed rail-bridge projects for the the Metropolitan Transportation Authority in New York City, New Jersey Transit, Amtrak, the Port Authority Transit Corp. and SEPTA. In late 2013, she learned that the person who held her current position at SEPTA was retiring, so she applied for the open job and was hired.

O'Connor believes her biggest contribution to the rail industry has been through her work to reduce SEPTA's backlog of capital repair needs, improve the agency's reliability and customer experience and prepare for capacity expansion.

Her five-year goal is to build on that contribution, as well as assist in recruiting the agency's next generation of workers — another aspect of her belief in keeping things moving.

"We will have more people retiring over the next couple of years, so getting a strong, young workforce in place and a management crew to develop those employees is important to me," she says.

In her off hours, O'Connor enjoys long-distance running. So far she's competed in four marathons, including ones in Philadelphia, New York and Chicago. Boston's on her list to train for down the road.

"The mentality of running marathons fits both life and the actual race itself: It's a long-distance thing," she says. "You can't treat anything you do like a sprint. You have to put everything in place so you can make the long distance."