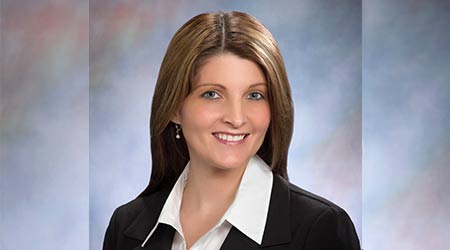 McLaughlin was born in 1979, the last year of Generation X, which means she's been in a position to observe, work with and get to know both boomers and millennials. After observing both, she concluded the two demographic groups do demonstrate different preferences in work habits, styles and values.

As the industry confronts the aging of its workforce and retirement of experienced boomers, McLaughlin says her ability to appreciate the generational differences has served her well in her role as general manager of Western New York and Pennsylvania Railroad. Since she joined the short line five years ago, many employees in their 60s have retired. Currently, the majority of the workforce is between 25 and 50, she estimates.

"I am a younger individual coming into an established industry," says McLaughlin. "As the industry faces vast changes, I bring in new approaches, procedures and ideas."

McLaughlin's career experience goes beyond railroading. After earning a degree in gerontology — the study of aging — at Weber State University in Ogden, Utah, McLaughlin spent much of her time working with residents in their 60s and older who were living in a nursing home Alzheimer's unit.

After her stint at the nursing home, she moved on to become human resources manager at Dresser Rand Manufacturing in Wellsville, N.Y., where she encountered college interns and just-out-of-college hires, as well as baby boomers.

"I found that the older generation seems very disciplined in their work, almost to the point of being workaholics," she says. "But the younger generation's wants and needs are different. It seems their personal lives take priority over their work lives."

Communication styles also can differ in a multi-generational workforce. For example, boomers will pick up the phone, call or make an appointment when they want to talk to someone. Millennials often prefer to communicate via email or text, McLaughlin says. And as a general manager, "I have to figure out how to work with both to ensure effectiveness and efficiency in the workplace," she says.

Based on her fast-track advancement at the railroad, her tactics appear to be working. Not long after being hired as an office manager, McLaughlin was promoted to HR manager. Next came roles as compliance manager and assistant general manager prior to her promotion to GM.

As GM, McLaughlin oversees all operating and regulatory disciplines. She is active with the American Short Line and Regional Railroad Association, the League of Railway Industry Women and the National Association of Railway Business Women.

"Kylie has selected and nurtured her own team of managers that report to her and has gained their trust as their leader," writes Chief Operating Officer Carl Belke, who nominated McLaughlin to receive the Rising Stars Award.

"As the first woman in upper operations management for our companies, Kylie has not been forestalled by any perceived glass ceilings," Belke adds.

McLaughlin's advice to other young women interested in joining the railroading industry?

"Accept the adventure and run with it," she says. "You want to learn how to run that machine or work on a locomotive? Then go and do it. Don't let anyone get in the way of what you want to do."

Off the clock, McLaughlin has recently taken up beekeeping, a subject she's been fascinated with ever since seeing the 1991 movie, "Fried Green Tomatoes."

Has she been stung a few times? Sure, she says. But that hasn't stopped her from pursuing a hobby that she enjoys.