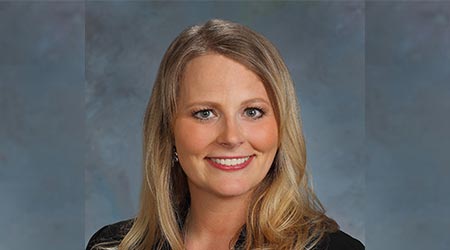 Part of Kristina Brevard's responsibility at Denton County Transportation Authority (DCTA) is convincing at least some Texans to take the train — and not their car — to work or school.

Talk about a challenge.

"Texas is very much a have-your-pickup-truck-outside-and-ready-to-go environment," she says. "The car and truck are our biggest competitors when it comes to passenger rail."

But Brevard relishes a challenge. As DCTA was preparing to open the 21-mile "A-Train" commuter railroad in Denton County in 2011, it was Brevard who drafted and executed the A-Train's marketing launch, as well as its rail-safety awareness campaign. The route parallels Interstate 35E and connects to Dallas Area Rapid Transit's Green Line at the Trinity Mills Station in Carrollton, Texas.

Brevard cites the A-Train's opening as a career highlight.

"Our commuter railroad connects Denton County to Dallas County and really opens a world of opportunities for those who live in Denton County," she says.

In addition to the marketing and safety education plans, she influenced other details of the project, such as station design, the trains' exterior aesthetics and the fabric seat covers inside.

"Seeing the A-Train in operation today — and speaking with passengers about what a difference the service makes to them — is very rewarding," she says.

Brevard joined DCTA in 2007 after holding jobs in the fitness, technology and human resources fields. Working for DCTA has given her "the opportunity to wear a lot of hats," she says.

Today, she is vice president of planning and development at the agency, which means she's responsible for long-range planning, land-use strategy, economic development, legislative efforts, and transit-service expansion and delivery solutions. She leads agency partnerships with the North Central Texas Council of Governments on regional planning, and works with municipalities and developers to plan land use around A-Train stations.

One vital project she's working on involves DCTA's partnership with the city of Denton and Union Pacific Railroad to enhance a transit-oriented development plan for sites next to the agency's downtown Denton transit center. The plan aims to address UP property issues in the area, as well as parking shortages, noise mitigation, beautification projects and rail-crossing safety improvements.

One of Brevard's strengths is her ability to engage in and transition across various projects "without missing a beat," according to Adrienne Hamilton, a DCTA communications specialist who submitted Brevard's nomination for the Rising Stars Award.

"She demonstrates her leadership through cooperative partnerships at all levels, strategic planning and execution of public transportation infrastructure projects while exhibiting her passion to increase regional mobility within North Texas," Hamilton wrote.

Brevard's long-term goal is to have a positive impact on the lives of others.

"I read this quote, 'One person cannot change the world, but one person can change the world of another person.' I thought that was very moving. It speaks to who I am in life. That's why I like transit: We are effecting change and having a positive impact on many lives."

As for convincing North Texans to ride the rails, Brevard sees progress.

"Communities are beginning to embrace passenger-rail service," she says. "They recognize that you can build only so many highways, and rail is an alternative transportation option. It seems that once you get the passengers on the train, they don't want to stop using it."