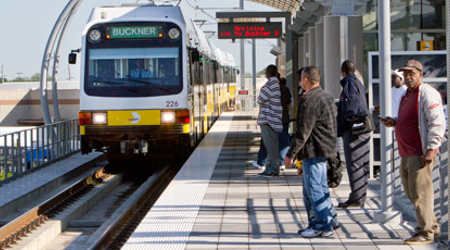 Starting Feb. 26, the agency will roll out three new southern Dallas zones for the shuttle service. The Inland Port zone will cater to a largely unserved industrial and commercial area out of the light-rail stop on the University of North Texas at Dallas campus.

The Rylie and Kleberg zones will replace the Route 842 FLEX service anchored by the Buckner light-rail station.

DART will charge regular fares for the GoLink service, which will run 5 a.m. to 8 p.m. on weekdays.

"GoLink ... builds upon DART's existing On Call services by providing 'last mile' access to and from the rest of the DART rail and bus network," agency officials said in a press release.