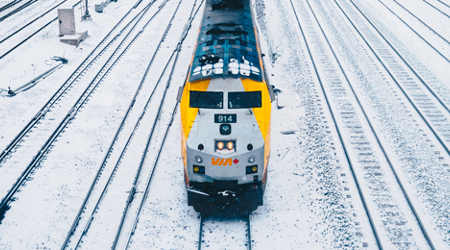 VIA Rail Canada Inc. has issued a request for qualifications (RFQ) for a supplier to replace its fleet that operates along the Quebec-Windsor corridor.

The passenger railroad is looking for a firm to build 32 bi-directional trainsets with a total 9,100 seats. VIA Rail also is seeking engines that comply with the Tier 4 emissions standards and have the option to operate on electrified rail infrastructure as it becomes available.

In addition, the railroad expects the new fleet to include "enhanced universal accessibility features," such as accessible bathrooms and accommodation for wheelchairs and other mobility devices, VIA Rail officials said in a press release.

"With a new fleet, VIA Rail will be able to offer a modern travel experience to its customers, at a greatly reduced environmental impact," said Yves Desjardins-Siciliano, VIA Rail's president and chief executive officer.

The Canadian government's budget includes funds for the fleet replacement, although exact amounts haven't been specified. VIA Rail previously estimated it may need as much as CA$1.3 billion for fleet renewal, The National Post reported.