Canada to fund replacement of VIA Rail's Quebec City-Windsor fleet 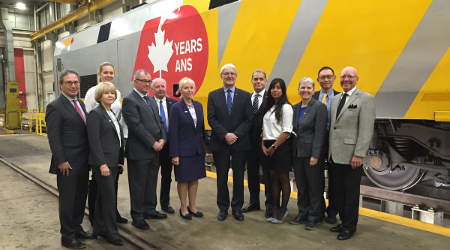 The existing rolling stock in the corridor is reaching the end of its useful life and needs to be replaced to help maintain passenger safety for the next 30 years, Transport Canada officials said in a press release.

VIA Rail soon will launch a request for qualifications followed by a request for proposals. Due to the upcoming procurement, exact funding amounts are not yet being released, according to Canada's federal 2018 budget proposal.

The fleet replacement funds are included in the federal budget. Although the budget doesn't specify the amount it will cost to replace the fleet, VIA Rail previously estimated it needs as much as CA$1.3 billion for fleet renewal, according to a report by The National Post.

The new fleet is expected to reduce environmental impacts, as well as improve passengers' experience and accessibility with visual communication for hearing-impaired passengers.