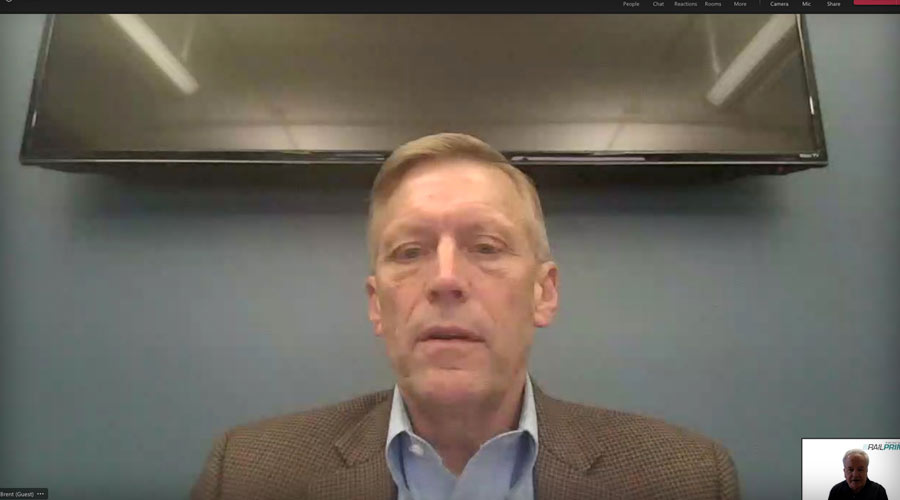 Haverty began his career with Missouri Pacific Railroad and later joined the Atchison, Topeka, Santa Fe Railroad, where he rose through the ranks to become president and chief operating officer.

In 1995, Haverty became head of KCS, where he forged the rail network known as NAFTA Railway that links the commercial and industrial centers of the United States, Canada and Mexico, providing North American shippers with a viable alternative to other railroads and transportation carriers, Hall of Fame officials said in a prepared statement.

Haverty also promoted the railroad’s transcontinental intermodal corridor between Dallas and Fort Worth, Texas, and Atlanta via Meridan, Miss. Called the Meridian Speedway, it is considered one of the fastest growing intermodal lanes in the United States, Hall of Fame officials said.

Barriger, who will be represented at the ceremony by his son, John Walker Barriger IV, served in the President Franklin Roosevelt administration as head of the Railroad Division of the Reconstruction Finance Corp. Barriger later served as president of four major railroad lines. He may be best known as the scholar of the railroad industry and history. Throughout his career, he collected books and corporate papers. Today, the more than 45,000 items in his personal collection form the heart of the John W. Barriger III National Railroad Library at the University of Missouri, St. Louis.

Dodge will be represented by Joseph O’Connor Jr., who is vice president of supply at Union Pacific Railroad. After being injured in the Civil War, Dodge joined UP as chief engineer on the transcontinental railroad. At the time he was hired, just 40 miles of track had been installed. Using Dodge’s surveys, UP was able to lay 240 miles of track in 1867 and 260 miles in 1868. On May 10, 1869, the lines of the transcontinental met at Promontory Summit in Utah. Dodge and his counterpart on the Central Pacific drove the final golden spike.