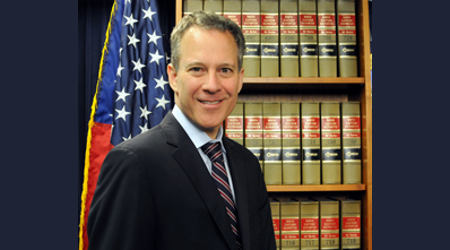 A coalition of six state attorneys general is urging the Trump administration to require all crude oil transported by rail to meet certain vapor-pressure standards.

In a letter to the Pipeline and Hazardous Materials Safety Administration (PHMSA), the attorneys general asked the agency to take steps to minimize the risk of explosion and fire in the event of a crude-by-rail accident.

Led by New York Attorney General Eric Schneiderman, the coalition requested a mandatory nationwide vapor pressure standard on crude oil of less than 9.0 pounds per square inch (psi), "which is a necessary and significant improvement of the agency's current regulatory requirements."

The coalition's comments were filed in response to PHMSA's Advanced Notice of Proposed Rulemaking.

"Because of a regulatory loophole, these trains can carry crude oil through some of our most densely populated areas without any limit on explosiveness or flammability — creating ticking time bombs that jeopardize the safety of countless New Yorkers and Americans," said Schneiderman in a press release.

Crude oils with the highest vapor pressures — such as those produced from the Bakken Shale formations in North Dakota — have the highest concentrations of propane, butane, ethane and other highly volatile gases. Although the vapor pressure of the crude oil involved in train accidents is frequently not disclosed, in the limited number of instances it is known — including the deadly accident in Lac-Megantic, Quebec, in 2013 – vapor pressures have exceeded 9.0 psi, according to Schneiderman.