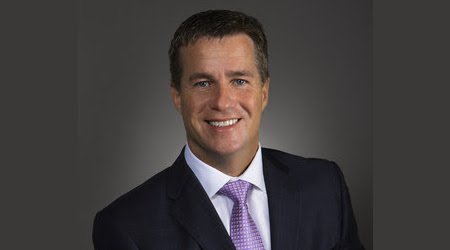 Keith Creel has assumed his new role as president and chief executive officer of Canadian Pacific, the Class I announced today.

Creel becomes the 17th person to lead the company. As CEO, he succeeds E. Hunter Harrison, who retired five months early to "pursue opportunities at other Class Is," CP announced two weeks ago.

"This transition has been planned since Keith's arrival back in 2013 and we are confident in his abilities to lead the company," said CP Chairman Andrew Reardon in a press release. "Under Hunter Harrison's leadership, CP built a strong foundation for future success; that foundation, together with Keith's passion for railroading, operational expertise and commitment to customer service and safety, positions the company well for many years to come."

Creel said he was "humbled, honored and blessed" to serve as CP's top executive.

"I look forward to working closely with employees, customers, shareholders, government and community leaders, and other key stakeholders as we continue to build the iconic CP brand — a brand built on service, safety and doing what we say we will do," said Creel.

Meanwhile, The Wall Street Journal reported Sunday that CSX Corp. is in a settlement discussion with Harrison and activist investor Mantle Ridge LP that could result in Harrison becoming CSX's chief executive. Two weeks ago, Harrison and Mantle Ridge launched a campaign for influence over CSX, the newspaper reported.