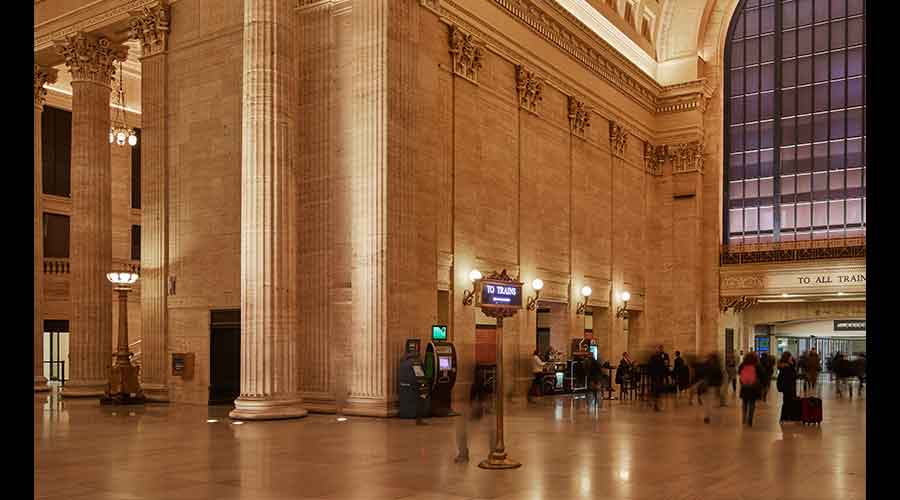 Amtrak is asking the Surface Transportation Board (STB) to settle an ongoing dispute with Metra over the commuter railroad's use of Chicago Union Station, which Amtrak owns.

In a May 27 filing with the STB, Amtrak said it's been unable to reach an agreement with Metra on terms and compensation for a new contract. Metra has used the station under an agreement since 1984. The latest extension to that pact expired in July 2019.

Among the issues the parties can't agree on is how much Metra should pay Amtrak for using the station. Metra currently pays about $9.66 million a year in base operating expenses.

Under a new agreement, Amtrak has proposed that Metra pay about $17 million per year in operating costs and "Tier 1" capital costs, plus an additional to-be-determined amount up to $10 million annually in "Tier 2" capital costs.

In addition, Amtrak's proposed agreement includes a list of terms Metra must follow, including those related to safety, the number of Metra trains using the station and the cost of ground power.

In its filed response to Amtrak's petition, Metra acknowledges the two railroads have been unable to resolve their dispute over certain costs and other issues. Amtrak has claimed that Metra is getting "an incredible deal" under the proposal compared to what other commuter railroads pay to use Amtrak assets on the Northeast Corridor (NEC). But Metra disagrees, claiming that the situation in Chicago is not similar to the NEC.

Several lines in both petitions have been redacted.