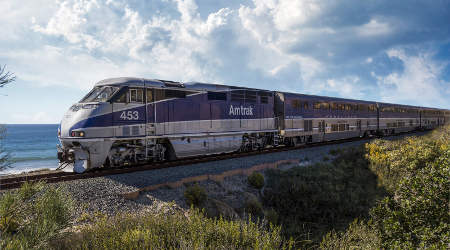 The cars will provide more than 2,000 additional seats, Amtrak officials said in a press release. Railroad officials observed an increase in demand after U.S. Route 101 was closed during the deadly mudslides that occurred near Montecito, California.

Since tracks along the Pacific Surfliner route reopened on Jan. 11, the line has served as the only viable ground transportation option between Ventura and Santa Barbara counties, California, Amtrak officials said.

Drive time on alternate routes between the two counties can take nearly four hours, while Pacific Surfliner trains make the journey in about 45 minutes.