Next month, Amtrak will retire its fleet of 54 AEM-7 electric locomotives that run along the Northeast Corridor. 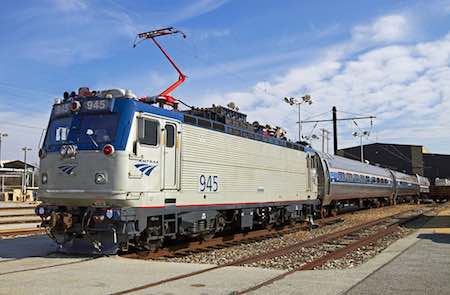 The units have been in operation for 37 years and have traveled more than 220 million miles, Amtrak official said in a press release. The locomotives will be replaced by the next generation ACS-64 locomotives.

"Together with the Acela Express, AEM-7s have built on the legacies of the Pennsylvania and New York, New Haven and Hartford railroads as the Northeast Corridor has expanded into the 21st century," Amtrak officials said.

On June 18, Amtrak will mark the locomotives' retirement with an "excursion trip" available to the public.