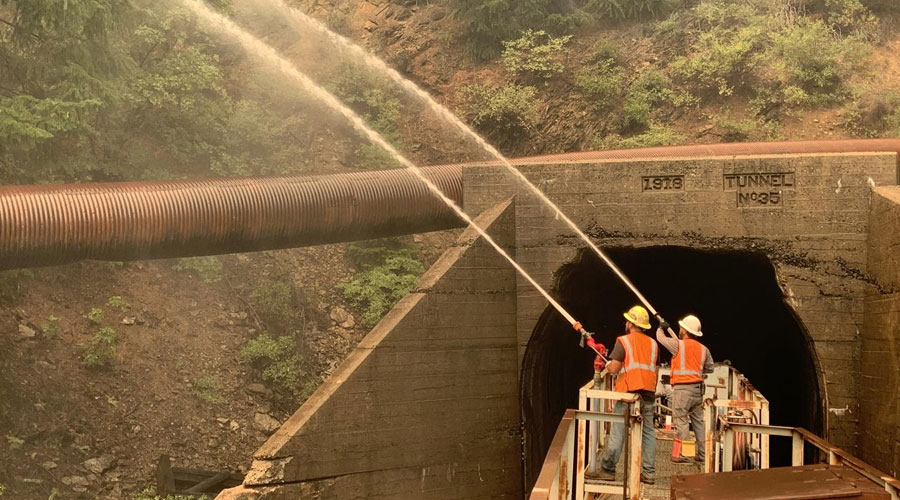 A team of Union Pacific Railroad engineering employees have been on the front lines of battling hot spots along the railroad's track, bridges and tunnels as wildfires roar across Northern California.

The crew have been using the UP water train, which consists of two rail cars that each hold 12,500 gallons of water and a pumper. The train goes back and forth over a 7-miles stretch, traversing up to 50 miles a day, UP officials said in railroad's InsideTrack newsletter.

Recently, the crew has been out in force on UP's Canyon Subdivision near Quincy, California.

"We've had more than 16 fires so far this year in the Valley, Winnemucca and Canyon subdivisions, and the Reno, Nevada, industrial leads," said Jerry Rhea, UP's manager of bridge maintenance engineering.

Service in the Canyon Subdivision has been affected by the fires.

"We stockpile trains in Portola, California, and make arrangements with the Harriman Dispatching Center (HDC) so we can escort trains through the track at night when everything cools down," said Rhea.

Coordination among multiple departments — including engineering, transportation and the HDC — has been key to keeping the trains operating while also protecting the railroad's infrastructure, he said.