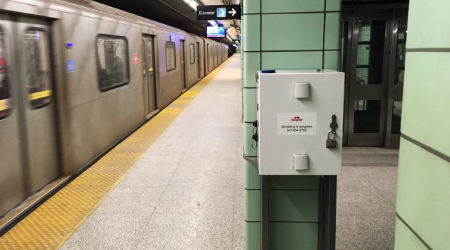 The Toronto Transit Commission (TTC) has made significant improvements to air quality in the city's subway system with its subway air quality initiative, according to a recent report from Health Canada.

The National Research Council of Canada, University of Toronto and Health Canada analyzed levels of fine particulate matter in the system. Levels now fall well below the occupational exposure limits and are as much as 10,000 times lower than they were in the first study conducted in 1995, the report found.

The research also determined that the air quality in Toronto’s subway system is comparable to levels found in other large underground rail systems, and in some cases is better than levels in other major subway systems, such as those in New York City and Boston.

The subway air quality initiative was carried out between 2018 and 2020. New trains and updated braking technologies and protocols that reduce friction contributed to reduced levels of fine particulate matter inside vehicles and on platforms compared with measurements taken in 2011, the report states.