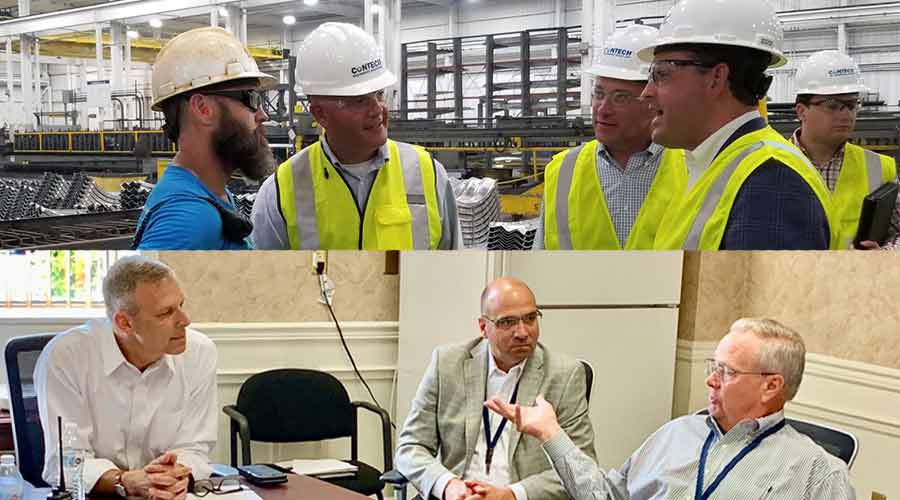 Barr is a cosponsor and advocate of H.R. 510, the Building Rail Access for Customers and the Economy (BRACE) Act, which calls for making permanent the 45G tax credit for short-line railroads' investment in rail infrastructure.

"Our nation’s short-line rail systems are vital to communities like Winchester, ensuring that their products can be shipped with efficiency and that local employment opportunities stay local," said Barr. "I was pleased to support the permanency of 45G by writing a letter to the House Ways and Means Committee Chair, asking that this measure be made a priority during this Congress."

Also on the tour were representatives of GoRail, the Railway Supply Institute and the Association of American Railroads (AAR). While at the plant, Perry participated in a discussion of the local economic impact of the region's freight-rail connections, economic development, reduced congestion, roadway wear and tear, and fewer greenhouse gas emissions, according to a GoRail press release.

Among the industry's concerns are re-regulation proposals pending before the U.S. Surface Transportation Board, which AAR officials have said would subvert rail network efficiency at a time when railroads and related businesses are investing in technical and other innovations to compete economically.