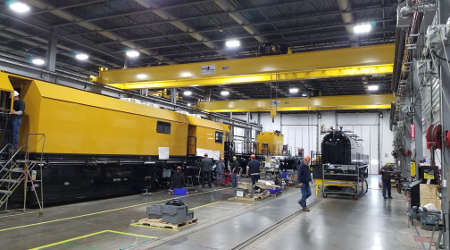 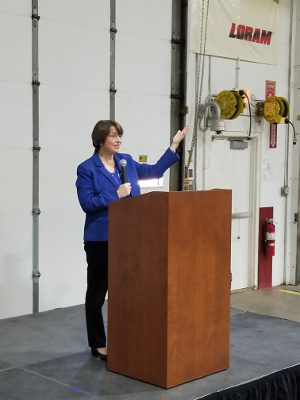 The group also noted Klobuchar's support for the Building Rail Access for Customers and the Economy (BRACE) Act, which would make permanent the Section 45G short-line tax credit. That credit, which was extended retroactively for calendar-year 2017, enables regionals and short lines to claim a 50-cent tax credit for every dollar they spend on track rehabilitation and maintenance projects.

"It is critical that our lawmakers encourage policies that allow railroads to earn an appropriate return on their infrastructure investments so we can continue to safely expand and upgrade the network," said Phil Homan, Loram's president and chief executive officer.

In Minnesota, 19 freight railroads operate over 4,200 track miles and employ more than 4,500 people.