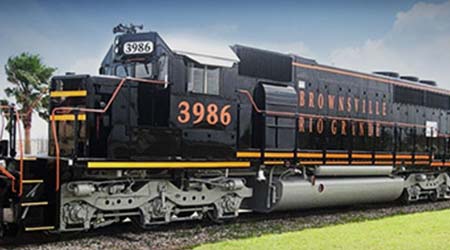 OmniTRAX Inc. has collaborated with West Plains LLC and the Port of Brownsville, Texas, to reopen a large grain-handling facility at the port.

OmniTRAX helped to facilitate a lease on the facility, a 3 million-bushel capacity grain elevator located near the GEOTRAC Industrial Hub, which the short-line holding company is developing.

West Plains' renovations on the facility began in spring, with the first train set to arrive in first-quarter 2017 on OmniTRAX's Brownsville & Rio Grande International Railway via Union Pacific Railroad. The trip will mark the first grain delivery to the port in five years, OmniTRAX officials said in a press release.

Commodities to be handled by the operation will include corn, wheat, sorghum, animal feed and cotton.

"The reactivation of the grain elevator by West Plains is another great example of bringing a commercial operator into the port to build out a vibrant opportunity for the region," said OmniTRAX Chief Executive Officer Kevin Shuba. "We see many more of these public-private partnerships coming in the future helping the GEOTRAC Industrial Hub reach its potential as a world class business site."

Situated on the U.S.-Mexico border in Brownsville, the hub is a master-planned heavy industrial park where rail, road, deep seaport and nearby cross-border access converge, according to the park's website.