Huron Central Railway to shut down in December 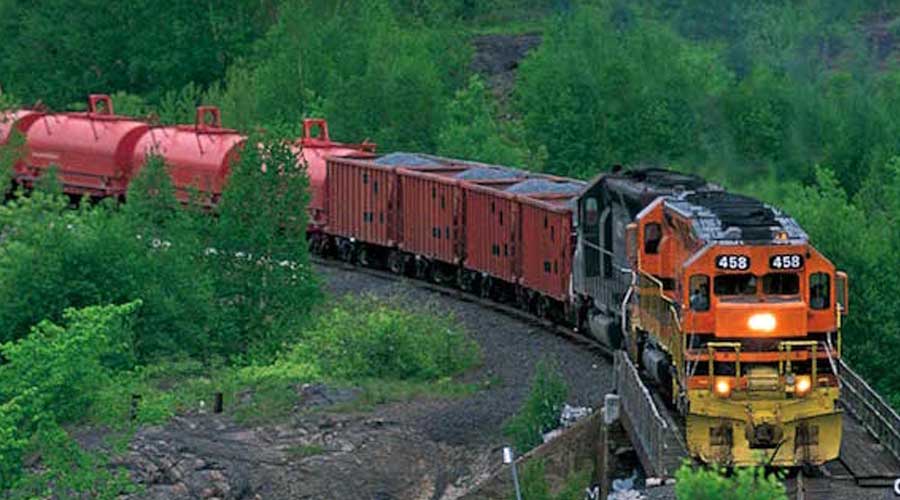 Genesee & Wyoming Canada Inc. (GWCI) has announced that subsidiary Huron Central Railway will cease operations by the end of the year.

GWCI's board met last month to confirm the decision, after discussions with federal and Ontario provincial governments failed to produce an agreement about a company proposal to "collectively invest" in the railroad's infrastructure, GWCI President Rick McLellan said in a press release.

"While we have had constructive discussions with both governments, we have received no funding commitments," McLellan said. "We cannot delay this process any further and now must regrettably take this step."

The railroad operates along 173 miles of leased track to provide commercial freight service between Sault Ste. Marie and Sudbury in northern Ontario. It serves as a supply route for the region's forestry and steel industries, currently transporting more than 12,000 carloads of freight annually, GWCI officials said.

Although the company planned to cease the railroad's operations in March, the timeline for closure was extended due to the coronavirus outbreak.

"We are disappointed that we have not been able to find a long-term solution to save this strategic asset working with our federal and provincial partners," said McLellan.

Huron Central's customers and 43 employees have been notified of the closure plan. Railroad officials are committed to maintaining service and full employment until the final train runs in December, they said.