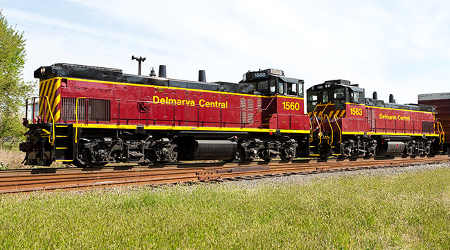 Carload Express Inc. announced a second expansion of freight-rail service in the Delmarva Peninsula in Delaware.

Through a competitive bid, the company’s Delmarva Central Railroad (DCR) was chosen to operate two Delaware state-owned rail lines. They extend a total of 11.7 miles from Georgetown to near Harbeson, Delaware, and from Ellendale to near Milton, Delaware.

DCR's existing freight service will serve the lines, with connections to Norfolk Southern Railway via DCR's interchanges at Clayton and Tasker, Delaware.

"We are proud to be able to introduce seamless service to the customers in eastern Delaware and deliver the customer-centric service we have come to be known for," said Carload Express President Mark Rosner.