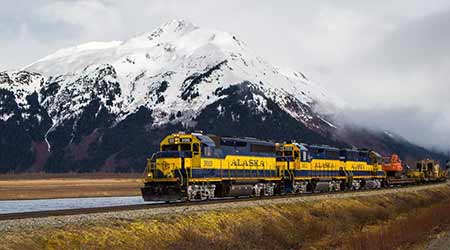 Service was suspended so officials could make a full assessment of the railroad's facilities and infrastructure, according to statements posted on Alaska Railroad's Facebook and Twitter accounts.

Railroad officials had identified at least three areas to the north damaged by ground shifting, cracking or sloughing, the newspaper reported.

Meanwhile, the Alaska Department of Transportation and Public Facilities is assessing damage to transportation infrastructure. Alaska Gov. Bill Walker, who has declared the region a disaster, announced that all state offices in southcentral Alaska will be closed today due to extensive damage on the Glenn Highway.