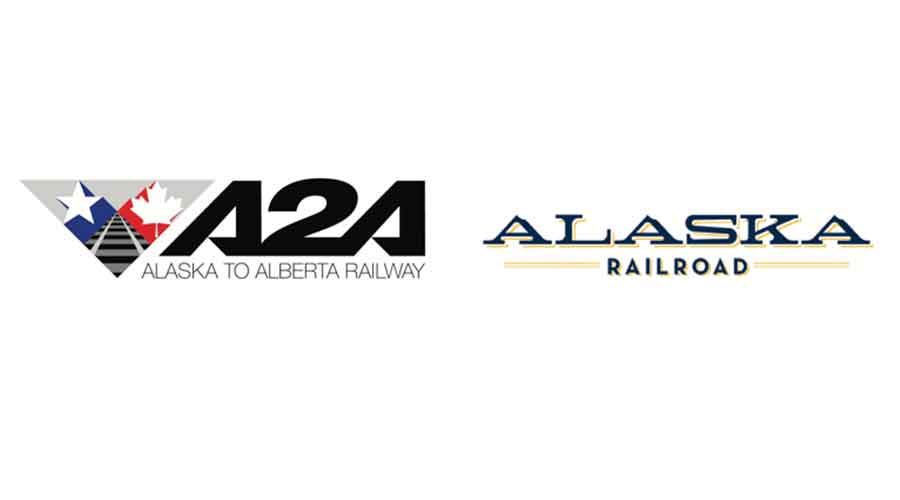 Alaska Railroad Corp. (ARRC) and Alaska to Alberta Railway Development Corp. (A2A) have signed a master agreement of cooperation calling for the construction of a 1,500-mile connection between ARRC’s system and Canadian railroads that also would link to the lower 48 states.

The agreement for the proposed $13 billion project (CA$17 billion) was announced yesterday after approval by ARRC’s board.

“A rail connection between Alaska and Canada and the rest of the United States is a project that has been talked and dreamed about for close to a century,” said ARRC President and Chief Executive Officer Bill O’Leary in a press release. “Completing that connection has amazing potential for Alaska and this agreement between the Alaska Railroad and A2A Rail is an important first step to get the project underway.”

Under the agreement’s terms, the two companies will cooperate in applying to the Alaska Department of Natural Resources for a right-of-way guaranteed under state law for a rail connection to Canada.

In addition, they will develop a joint operating plan that will specify the new track needed to connect ARRC’s line to Canada, as well as identify work needed to upgrade existing rail facilities, bridges and track on the railroad's 512-mile mainline, which runs from Seward to North Pole.

Full construction would begin after a right of way is approved, a presidential border crossing permit is received, environmental reviews are conducted by the United States and Canada, and the Surface Transportation Board and Canadian Transportation Agency bless the plan.

First Nations, indigenous groups and Alaska native entities, whose traditional lands are crossed by the route, are being consulted during the process, ARRC officials said.

A full project description for the rail link in the United States and Canada is expected to be completed later this year.

A summary of the master agreement and a map of the proposed route are available here.