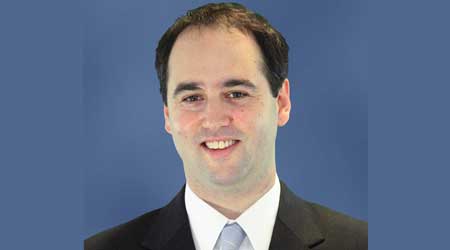 The American Short Line and Regional Railroad Association (ASLRRA) this week again made the case to Congress to pass a permanent extension of the short line tax credit.

Since 2005, the measure has provided a tax credit of 50 cents for each dollar short lines and regionals spend on track and bridge improvements, capped at $3,500 per mile. The credit has been extended over the years and last expired Dec. 31, 2017. Short lines have relied on the credit to increase their investment in their rail infrastructure, according to ASLRRA.

"The right tax policy can be enormously beneficial to the American economy by incentivizing the capital investment businesses need to grow, innovate and create jobs. Those benefits are significantly reduced when tax policy starts and stops in a temporary short-term fashion," Baker stated in his written comments. “Particularly in the railroad industry the most meaningful benefits with regard to service and safety come when we can rehabilitate an entire corridor not just a mile here and a mile there."

ASLRRA noted that in the 116th Congress, several actions have been taken to address short-term tax policies, including:
• the Tax Extender and Disaster Relief Act of 2019 (S. 617) was introduced late last month and calls for extending the short line tax credit through 2019;
• House Ways and Means Committee Chairman Richard Neal held a "transportation stakeholder" meeting at which he recognized the need to address tax extenders; and
• two bills that would make 45G permanent — H.R. 510 and S. 203 — have been introduced and are gaining bipartisan co-sponsors, with 137 and 27, respectively.

In his written remarks, Baker concluded: "For 12 years, the short line tax credit has proven its worth. It has maximized capital investment by both railroads and customers, it has significantly improved competitive rail service for shippers, it has helped improve railroad safety and it has been the difference between piecemeal and corridor improvements.  ...  I very respectively encourage the 116th Congress Ways & Means Committee to fix the unintended but real sub-optimal policy consequences of sporadic attention to the short line tax credit and make this credit permanent."