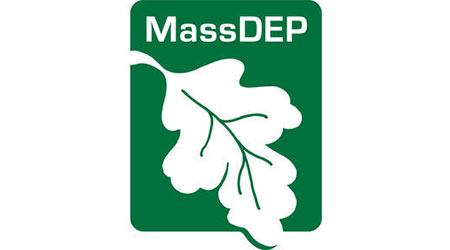 The Massachusetts Department of Environmental Protection (MassDEP) has ordered Pan Am Railways and Boston & Maine Corp. to pay $90,000 in penalties for violations linked to the abandonment of old crossties.

The fines relate to new violations of an agreement — signed by both rail companies in 2013 — and solid waste management regulations concerning the abandonment of ties along a rail line in Buckland, Greenfield and Hatfield, Massachusetts.

In the latest instance, the department in May surveyed rail lines operated by the two companies in western Massachusetts. The survey found ties in several locations that were in violation of the agreement. As a result, MassDEP issued penalties of $30,000 for each of the three locations were the violations were observed, for a total of $90,000.

"MassDEP will continue to monitor the railroads for rail-tie disposal and has not ruled out issuance of additional penalties," said Michael Gorski, director of MassDEP's Western Regional Office in Springfield. "There has been a long, multiyear dialogue with the railroad on this issue; Pan Am and Boston & Maine have had more than enough time to come into compliance with the consent agreement and the regulations.”