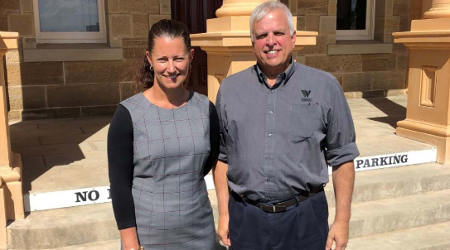 Watco will haul grain from the facility. The company anticipates starting operations in first-quarter 2019, according to a press release issued by the Southern Downs Regional Council.

In its initial stages, the project will employ up to 20 people, including those in locomotive operations and maintenance roles.

"The level of positivity from the Southern Downs Steam Rail Group and Southern Downs Regional Council was great and certainly influenced Watco's decision to establish a new facility in Warwick rather than in another location in Queensland," said Watco Executive Chairman Rick Webb. "Watco is proud to have Graincorp as its foundation customer who has facilitated its entrance into the important Queensland marketplace."

Based in Kansas, Watco Cos. also has a presence in Western Australia.