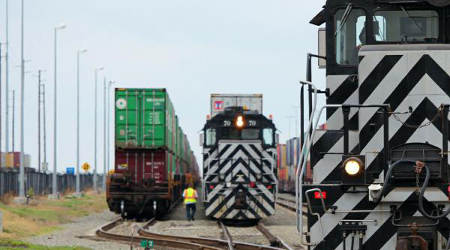 The Anacostia Rail Holdings-owned short line held a ceremony last month to mark the occasion. The event included a tour of PHL facilities aboard a special train, Anacostia officials said in a press release.

Since its inception, PHL has aimed to offer "neutral service" to all its partners, which includes the two ports, BNSF Railway Co., Union Pacific Railroad and several carload customers.

"These parties need to work together, but they also compete with each other," said Anacostia Executive Vice President and Chief Financial Officer Bruce Lieberman. "Over the past two decades, Pacific Harbor Line has consistently fulfilled its mission: safe, effective service, with fairness to all parties."