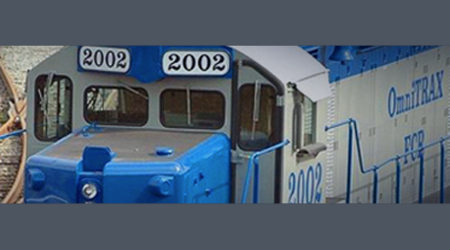 The Canadian government this week filed a lawsuit against OmniTRAX Inc. for breach of contract in its failure to repair and resume operation of a portion of a rail line into Churchill, Manitoba.

The announcement followed OmniTRAX's announcement that it intends to ask for arbitration under Chapter 11 of the North American Free Trade Agreement (NAFTA).

Last month, Transport Canada notified OmniTRAX that it needed to complete all repairs and resume service of the Hudson Bay Railway Co. (HBR) line between Gillam and Churchill within 30 days. OmniTRAX owns the rail line and the Port of Churchill, which has been inoperable since flooding washed away portions of it in May.

In a press release, Transport Canada officials said OmniTRAX has not fulfilled a contract it signed with the Canadian government in 2008. The agreement requires that OmniTRAX operate, maintain and repair the entire HBR line until March 31, 2029. Under the agreement terms, the government provided $20 million in funding for rehabilitating the line between The Pas and Port of Churchill, Manitoba. Transport Canada has paid $18.8 million to date, agency officials said.

OmniTRAX has declined to make the repairs related to the flooding, claiming they were "not economically feasible" and that the Canadian government should cover the cost, according to a CBC report.

In a statement issued earlier this week, OmniTRAX Canada President Merv Tweed said the company filed its claim for arbitration in an effort to find an amicable solution to the dispute.

"We are disappointed that it has come to this, after having attempted countless times over the past several months to find a viable long-term solution to the challenges faced by the HBR and the Port of Churchill," said Tweed. "At every turn, our efforts have been stalled, obfuscated or ultimately sabotaged by the federal government. We view this NAFTA claim as a last resort."

Tweed also stated that OmniTRAX officials "remain open to the possibility of reaching an agreement with the federal government, should they demonstrate a willingness to come to the table and discuss a reasonable arrangement for repair and transfer of the HBR, Port of Churchill and related assets.”

OmniTRAX's claim outlines why the company believes it is entitled to be compensated for "Canada's failure to comply with its obligations under NAFTA Chapter 11," according to an emailed summary of the claim provided by OmniTRAX.

The claim also states that "notwithstanding repeated promises of support at the most senior levels, the Government of Canada has abandoned the port and the HBR and reneged on its decades long commitments to sustain them."