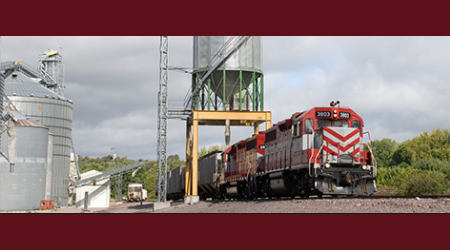 The railroad will receive a $4.5 million grant from the Wisconsin Department of Transportation's (WisDOT) Freight Railroad Preservation Program to cover 80 percent of the cost to reconstruct a rail bridge located near Wauzeka in a slough of the Wisconsin River, state officials said in a WisDOT press release.

In addition, Wisconsin & Southern will receive a loan of $564,730 through the WisDOT Freight Railroad Infrastructure Improvement Program to cover 10 percent of the project's total cost of $5,647,300.

Wisconsin & Southern will cover the remaining 10 percent of the project's cost.

The existing bridge is an 82-span timber pile trestle, 1,107 feet in length. The replacement structure will consist of 41 spans and be constructed primarily of steel piles and spans, as well as concrete caps.

Engineering studies identified the bridge replacement project as necessary to improve operational safety and efficiency of the Prairie du Chien-to-Madison rail line, which is owned by WisDOT and the Wisconsin River Rail Transit Commission.