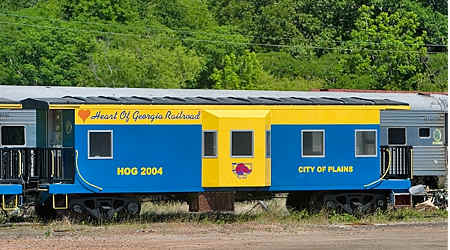 Subject to closing conditions and U.S. Surface Transportation Board approval, the acquisition is expected to be completed in the second quarter, G&W officials said in a press release.

Founded in 1999, Heart of Georgia (HOG) operates on 219 miles across the state on a lease from the Georgia Department of Transportation.

HOG serves an inland intermodal terminal in Cordele, and provides direct rail service via the Georgia Central Railway to the Port of Savannah for auto, agricultural products and merchandise customers.

After the acquisition, HOG will be managed as one of G&W's coastal region railroads and led by Senior Vice President Andy Chunko.

"The Heart of Georgia is an excellent bolt-on acquisition that we expect will enhance economic development by providing an efficient lane across southern Georgia," Chunko said. "Its proximity to other G&W railroads unlocks operational efficiencies, while enhancing the railroads' abilities to serve customers and generate new commercial opportunities across the region."