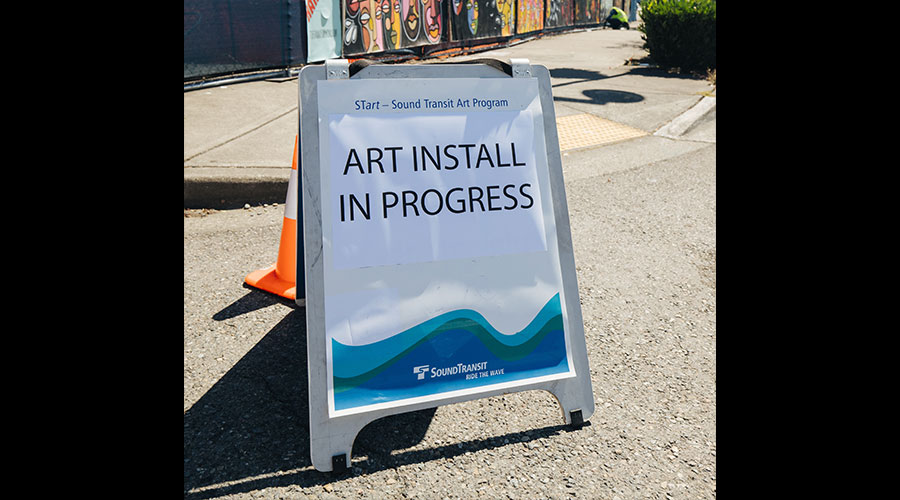 Sound Transit officials and local public artists have condemned acts of vandalism on Aug. 20 that caused damage to many of the 35 temporary public art murals displayed at the construction site of a future Federal Way light-rail extension station.

Since the slashed murals include numerous depictions of people of color, the damage is suspected to have been motivated by racism, Sound Transit officials said in a press release.

The transit agency is working with its security department, contractor and the city of Federal Way to consider methods to protect the murals from further damage, including potential security and surveillance measures.

"This kind of criminal activity will not be tolerated in Federal Way, and we will do our best to identify and hold the individuals responsible for this act accountable," said Federal Way Mayor Jim Ferrell. "These works of art belong to the people of our city, and we’re going to do everything we can to protect them."

To open in 2024, the Federal Way Link extension will run 7.8 miles south from Seattle-Tacoma International Airport to Federal Way.