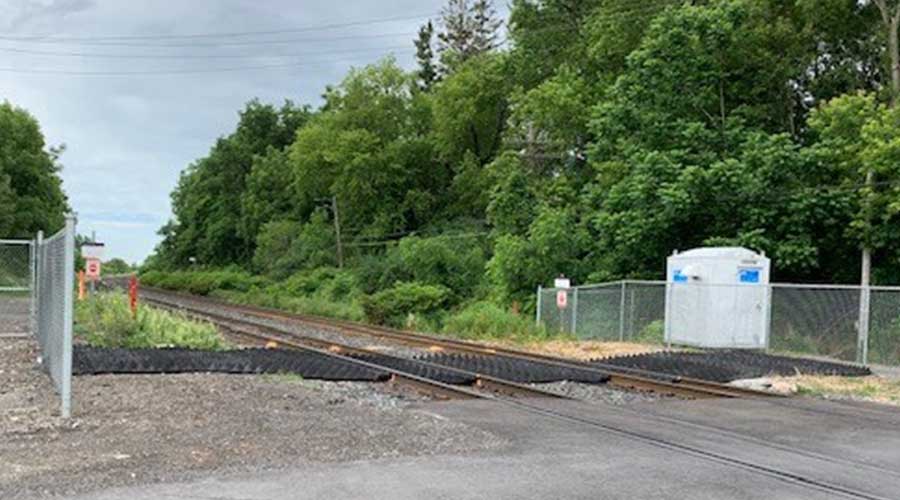 Metrolinx has installed rubber anti-trespassing mats (ATPs) at 18 grade crossings across GO Transit’s network so far this year as part of a ongoing program.

The agency is adding the mats at high-risk, track-level crossings and pedestrian crossings on three corridors: Lakeshore East, Lakeshore West and Stouffville. The mat’s hard and uneven surface makes it nearly impossible to walk on or over, helping to greatly reduce trespassing risks at crossings, Metrolinx officials said in an online post.

The agency initially began installing the mats early this year through a pilot program, which since has been expanded to include more locations.

“With safety being at the very heart of our operations, we decided to build on the success of the pilot program,” said Elisabeth Santo, Metrolinx’s right-of-way officer.

As crews install the ATPs, they also will improve fencing and signage at the crossings to help boost safety. The majority of the installation work is conducted at night to limit traffic conflicts.

“We are aiming to complete the installations along these three corridors by the end of this year,” said Santo. “The future goal is to apply this same technology wherever possible across the rest of our system.”