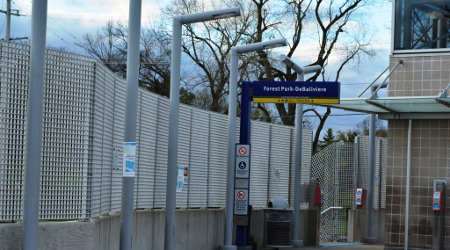 Metro Transit-St. Louis has installed temporary fencing at three light-rail stations as part of a pilot project to tighten security.

In addition to the fencing, Metro Transit-St. Louis security officers will check fares and monitor riders as they arrive at the modified platform access points, agency officials said in a press release.

The MetroLink light-rail network is an open-access system, which means riders can board without having their fares checked, according to a report from local news station KTVI.

"Safety and security on the Metro Transit system requires a well-defined and coordinated approach, including personnel presence, partnership with regional law enforcement, technology, and station design," said Interim Executive Director Jessica Mefford-Miller in the news release. "This pilot project will help us better understand the role that station design plays in this approach."

The temporary fencing has been installed at the North Hanley, Forest Park-DeBaliviere and Fairview Heights stations. The project will run for about four weeks.