It's Rail Safety Week in Canada 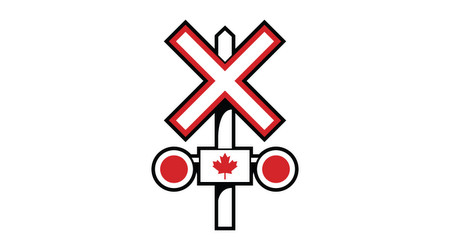 "Too many people die while trespassing on railway property across Canada and those fatalities are entirely preventable," said Stephen Covey, chief of police and chief security officer at CN. "These tragedies can be avoided by staying off railway tracks and by simply obeying crossing signals."

During Rail Safety Week, CN Police Service will be out in communities across Canada raising awareness of the dangers of trespassing on tracks and disregarding safety signs and devices at grade crossings.

CN Police officers will have custom virtual reality viewers to demonstrate 360-degree rail safety videos to the public. Visitors to CN's Rail Safety Pledge website can view the videos on a desktop, laptop or mobile device, and visitors with access to any Google Cardboard viewer also can experience the virtual reality environment.

Also this week, CP and the Canadian Pacific Police Service will conduct rail safety blitzes and public outreach in communities across its U.S. network.

CP also will support "Officer on a Train" exercises in New York's Capital region and in Hopkins, Minn. In those exercises, local police departments board a train to witness rail safety from the train crew's perspective, and to call in violators to officers in adjacent patrol cars. The goal of all these exercises is to raise public awareness and prevent tragic consequences.

"Rail Safety Week is an important reminder. However, rail safety must be an ongoing priority – every minute of every day," said Laird Pitz, CP's vice president and chief risk officer, in a press release.

Operation Lifesaver Canada will launch events today, as well. The rail safety organization will post a series of virtual reality videos on its website.