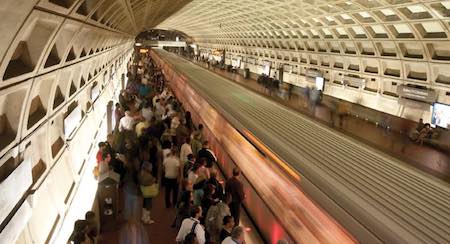 The directive calls for WMATA to develop corrective action plans to address findings in an FTA report that resulted from its investigation of WMATA's track this spring, FTA officials said in a press release.

Additionally, WMATA's inspection and maintenance activity doesn't adequately address the tunnel drainage system where water can corrode track infrastructure, according to the FTA.

The FTA directed WMATA to develop additional track inspection training and certification requirements, expand use of a track inspection vehicle, and develop a formal procedure and protocol to ensure maintenance managers and track inspectors share information.

"While WMATA has taken a number of critical steps to address safety deficiencies, it must improve its track safety protocols and training programs," said FTA Acting Administrator Carolyn Flowers. "In addition, greater coordination is needed between WMATA track and maintenance personnel to prioritize work and adhere to established standards, including conditions that warrant speed restrictions or single tracking."

Meanwhile, the National Transportation Safety Board (NTSB) last week released the results of its investigation into WMATA's July 29 derailment near the East Falls Church Station in Arlington, Va.

Although the NTSB didn't provide a probable cause, the board noted that the distance between the rails on that section of track was 59 inches. WMATA standards require that tracks with a gauge greater than 57-and-a-quarter inches be removed from service, NTSB officials said in a press release.

NTSB investigators also identified a severe tie condition in the accident area and found that there were more than 30 feet of track with no effective crossties. WMATA's standards require that there be no more than 10 feet between nondefective ties, according to the NTSB.

The board's briefing to congressional staff on the incident marks its final update on its investigation into the derailment.

In a letter to the leaders of the three jurisdictions, Foxx said that each has drafted new legislation that would meet the legal requirements for a new state safety oversight agency.

Foxx also reiterated that the February 2017 deadline to create such an agency will remain in place.

"The progress that the three jurisdictions have made to date clearly demonstrates that you are capable of meeting the deadline with continued focus," Foxx wrote.