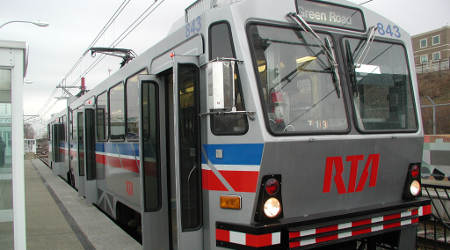 Ohio this week became the first state in the country to have its state safety oversight (SSO) program certified by the Federal Transit Administration (FTA).

Under a final rule that went into effect in April 2016, the FTA requires strengthened SSO programs at transit-rail agencies. The rule also provides greater authority for SSO agencies to oversee their transit agencies.

Thirty states must obtain certification for their SSO programs by April 2019. Federal law prohibits the FTA from obligating funds to transit agencies in states that miss the certification deadline, FTA officials said in a press release.

"Certification is an important achievement by the state of Ohio and demonstrates that the Ohio SSO Program has the authority, resources, and expertise needed to oversee the rail transit systems in that state," said FTA Deputy Administrator Jane Williams. "The certification deadline is now less than two years away and time is becoming critical for all affected states, especially those that still need state legislative action."

To achieve FTA certification, an SSO program must meet several federal statutory requirements. For example, the SSO agency must have financial and legal independence from the passenger-rail agencies it oversees.

In addition, a state must ensure that its SSO agency adopts and enforces relevant federal and state safety laws, has investigatory authority and has the appropriate financial and human resources for the number, size and complexity of transit-rail systems in its jurisdiction.

The FTA earlier this summer reminded the 30 states of the April 2019 deadline.