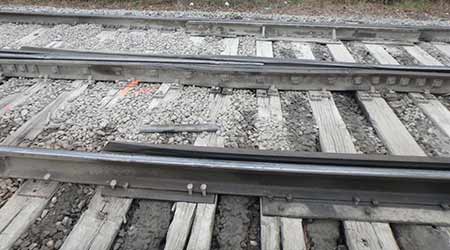 The National Transportation Safety Board (NTSB) released its preliminary report on a November 2018 accident in which a CSX train struck and killed a CSX track worker in Estill, South Carolina.

The train was traveling northbound when the incident occurred Nov. 30 in the CSX Columbia subdivision at the north end Estill siding switch. The welder was occupying the track as the train approached; an additional roadway worker was at the work location and had been assigned to watch for approaching trains and warn the welder.

The train's crew members told investigators that they didn't realize a person was on the track until moments before impact. The crew sounded the train horn and bell, but there was no response from the roadway workers, according to the NTSB's preliminary report.

According to CSX documentation, on average there are 22 trains that operate daily in the subdivision.