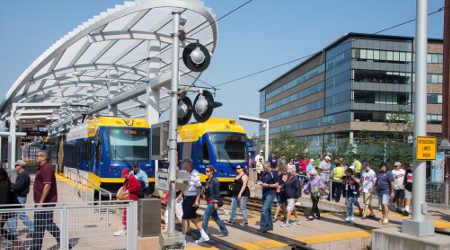 Federal law requires states with transit-rail systems to establish an FTA-certified SSO program by April 15, 2019. If they fail to meet the deadline, states risk losing federal funding for transportation agencies until certification is achieved, FTA officials said in a press release.

Thirty states need to achieve such certification. In August, Ohio became the first state to have its SSO program certified by the FTA.

The FTA is urging states to work quickly to enact any necessary legislation needed to establish these programs.

"I want to emphasize that FTA will do all we can to help each of the states meet the deadline so that they can continue to receive federal transit funding that contribute to making rail and bus services possible," aded FTA Acting Administrator K. Jane Williams.

Williams and Chao delivered their remarks at the American Public Transportation Association's Annual Meeting, which wrapped up yesterday.