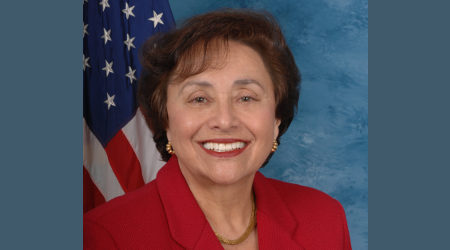 The House has passed an amendment that would provide funds to support medical fitness standards for rail workers.

The standards would ensure that train operators and other rail employees are fit to serve in critical safety roles, according to a press release issued by Lowey's office.

"While Congress has worked to require passenger railroads to implement technology that will prevent rail accidents and save lives, there is still more to be done to address human factors that can contribute to fatal derailments," Lowey said.

Sleep apnea is one medical condition that's been identified as a major contributing factor for MTA Metro-North Railroad's fatal derailment in December 2013. The National Transportation Safety Board (NTSB) determined that the train operator's undiagnosed sleep apnea led to his loss of situational awareness.

The NTSB also called for medical fitness requirements for safety-critical personnel in its 2017-18 "Most Wanted" list of safety improvements.

The FRA and Federal Motor Carrier Safety Administration have recently withdrawn a proposal that would have addressed sleep apnea among rail workers and commercial drivers.

While that condition remains an ongoing concern, the two agencies determined that current safety programs and the FRA's risk-management rulemaking are the best way to address the issue.