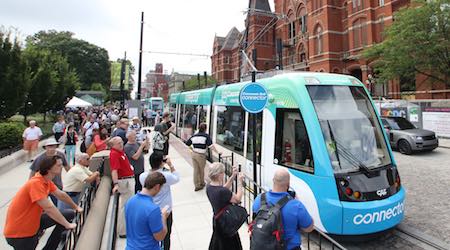 The recently renamed Cincinnati Bell Connector operates on a 3.6-mile loop through the city's downtown area. The system is owned and funded by the city of Cincinnati, managed by SORTA and operated by Transdev.