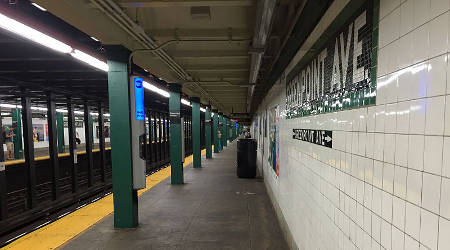 Crews will install three elevators and add powered gates, Braille signage and sidewalk pedestrian ramps. The agent booth will be modified to a wheelchair-friendly height, NYCT officials said in a press release.

Construction is slated to start by early September and take 28 months. More than 9,400 weekday customers user the station, which will remain open during the work.

The project marks the second subway elevator installation in Brooklyn to start this summer.

Earlier this month, New York City Comptroller Scott Stringer released a report stating that less than a quarter of NYCT's 472 subway stations are accessible to riders with disabilities.

"We are deeply committed to expanding accessibility for our customers, and the Fast Forward Plan — if fully funded — will mean that after five years, no one will ever be more than two stations away from a fully accessible subway station," said NYCT President Andy Byford. "In the meantime, we're expanding accessibility where funding allows."