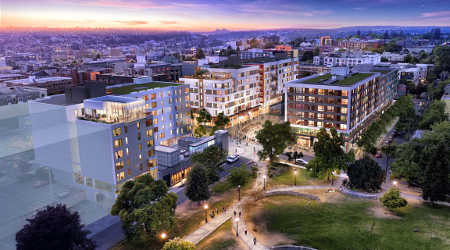 The four-building development will include 428 apartments, 178 of which will be affordable housing units, agency officials said in a press release. The project also will feature 210 underground parking spaces, about 30,000 square feet of ground floor retail and a centerpiece public plaza to serve as a venue for community events.

"The vision for our Link Station site developed by Gerding Edlen and the Capitol Hill community will create the kind of vibrant neighborhood improvements that we will be looking to facilitate as we expand our bus and rail services throughout the region," said Sound Transit Chief Executive Officer Peter Rogoff in a press release.

In April, the agency's board updated its policy for equitable TOD. The policy guides the use of surplus property that remains after voter-approved transit expansions are finished.

Under the policy, such properties may be used for family housing, agency officials said.