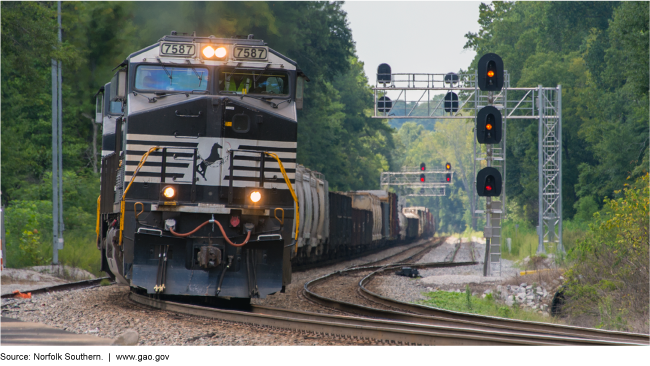 Most railroads required to implement positive train control (PTC) are "generally optimistic" about meeting the federally mandated deadline at the end of this year, according to a U.S. Government Accountability Office (GAO) report released last week.

Forty-two railroads — including Amtrak, 30 commuter and several freight railroads — were required to implement PTC by Dec. 31, 2018. Almost all received two-year extensions. By the end of 2019, more than three-quarters of the railroads were conducting advanced testing or had implemented PTC on their own tracks, but had work left to reach full implementation, GAO officials said in the report.

Full implementation means a railroad has implemented a PTC system certified by the Federal Railroad Administration (FRA) on all its own required territories and achieved interoperability with any railroads that operate on its tracks.

The GAO has previously identified longstanding software and vendor issues, which have grown more acute as many railroads face compressed schedules to meet the Dec. 31, 2020, deadline.

For example, five selected railroads have had to compress their schedules, meaning they must complete tasks in a shorter time than originally planned due to software issues or other unique circumstances. The compressed schedules and recurring challenges, as well as unexpected events such as the COVID-19 pandemic, create risks that could affect some railroads' ability to meet the extended deadline, the report states.

The FRA, vendors and railroads are taking steps to mitigate those risks, GAO officials said. For instance, the FRA has worked with railroads to identify solutions to technical problems and has targeted resources to regions identified as needing additional implementation assistance.

Moreover, FRA officials informed the GAO that they are "closely monitoring" the impact of the COVID-19 pandemic, such as the availability of supplies, staff and vendors.