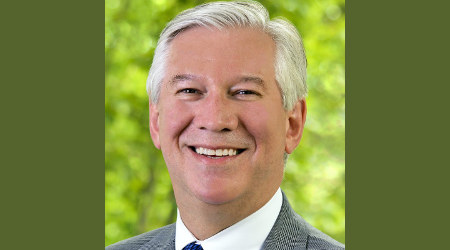 The Tri-County Metropolitan Transportation District of Oregon's (TriMet) board has chosen Doug Kelsey as the single finalist for the agency's next general manager.

The board will interview Kelsey on Jan. 24. After considering public comments, the board will convene a special meeting on Jan. 31 to authorize its chair to negotiate a contract with Kelsey or to continue the search.

Kelsey joined TriMet as chief operating officer in November 2015. He led the charge to improve the on-time performance of the agency's MAX light-rail system from 75 percent in November 2015 to more than 88 percent by November 2017, TriMet officials said in a press release.

The improvement stemmed from tracking daily departures from the rail yard to assure trains are starting service on time, along with providing added training for operators and. putting portable data devices in train cabs o operators can track their time points.

"Kelsey has spearheaded a focus on key performance indicators, integrating efforts across the agency to improve operations, emphasize accountability, and focus on the customer experience," TriMet officials said.