Rail advocates to be inducted into Michigan's Hall of Honor 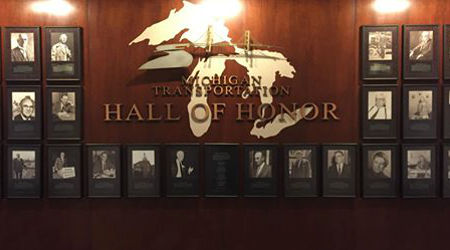 Two men who helped make a difference in Michigan's rail industry will be inducted into the Michigan Transportation Hall of Honor later this month.

Robert Chaprnka and Philip Kazmierski will be among five people to be inducted at an Oct. 18 event, according to a press release issued by the Michigan Department of Transportation (MDOT).

Working with MDOT and the Michigan Legislature, Chaprnka advocated for laws to improve the surface and safety of grade crossings and helped establish Michigan Operation Lifesaver.

Kazmierski was appointed in 1987 by Gov. James Blanchard and reappointed by Gov. John Engler to serve as the deputy director of the MDOT Bureau of Urban and Public Transportation. He was responsible for statewide public transit, rail and marine programs, as well as regulatory functions for bus and rail.

The Hall of Honor is a permanent display in the Van Wagoner Transportation Building in Lansing. It has recognized 88 men and women for their contributions to all facets of transportation in Michigan.