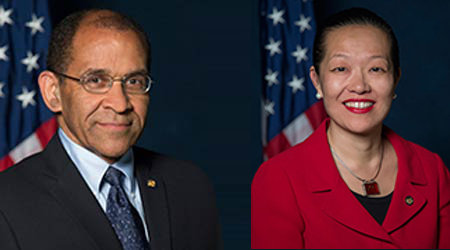 Christopher Hart's term as chairman of the National Transportation Safety Board (NTSB) concluded as scheduled earlier this week.

Vice Chairman Bella Dinh-Zarr was tapped to serve as acting chairman, the NTSB announced earlier this week. Hart will remain as a board member.

Hart's tenure as the NTSB's 13th chairman began in March 2015, after President Barack Obama nominated him in January of that year.

Before that, Hart also served as the NTSB's acting chairman for nearly a year.

Dinh-Zarr began her tenure as vice chairman in March 2015. Prior to her time at the NTSB, she served as director of the U.S. Office of the FIA Foundation, an international philanthropy organization that promotes safe and sustainable transportation.