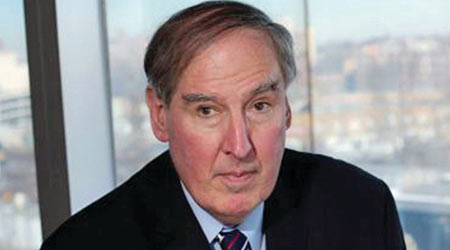 He has nearly 50 years of rail industry experience, including a stint as acting president of MTA Long Island Rail Road (LIRR). Kenny most recently was a consultant on operations and planning for WSP, where he worked on elements of Amtrak's Gateway and Northeast Corridor Future projects, business processes for MTA Metro-North Railroad, emergency management plans for Metrolink and commissioning for the CT Rail project in Hartford, Connecticut.

Kenny began his transportation career in 1970 as a ticket clerk for LIRR. He eventually rose through the ranks and assumed positions of increasing responsibility in personnel training and capital construction prior to leading the transportation department.

"Ray is a national expert in the railroad industry and his knowledge of the complexities of the rail system in our region is unmatched," said NJ Transit Chair Diane Gutierrez-Scaccetti in a press release.  "His leadership and management skills will be invaluable as we move NJ Transit forward."