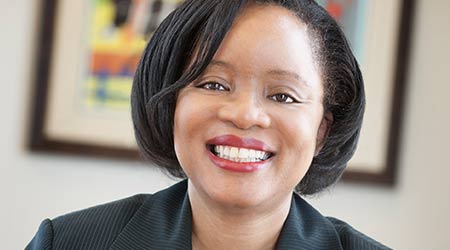 Currently deputy CEO of the Los Angeles County Metropolitan Transportation Authority (Metro), Wiggins will succeed Art Leahy, who announced earlier this year that he would retire Jan. 4, 2019, after 48 years in transportation.

"Stephanie has held high-level positions at three of the five member agencies that comprise Metrolink. She is well known as a leader who finds solutions from a regional perspective," he said. "Stephanie’s extensive experience in transportation and infrastructure development will be essential as Metrolink brings its service to more people in the coming years."

In her new role, she will lead a 261-employee commuter railroad that covers 2.8 million train miles per year and 400 million passenger miles per year.

"Metrolink is a nationally recognized leader in safety with the installation of positive train control and I will continue to commitment to safety," said Wiggins. "As a mobility provider that reduces congestion and air pollution in the Southern California region, I look forward to having a laser focus on enhancing the customer experience for current and future riders."

Wiggins is a member of the American Public Transportation Association's board and is the founding president of the Inland Empire Chapter of WTS. Earlier this year, she received the Conference of Minority Transportation Officials 2018 Women Who Move the Nation Award.