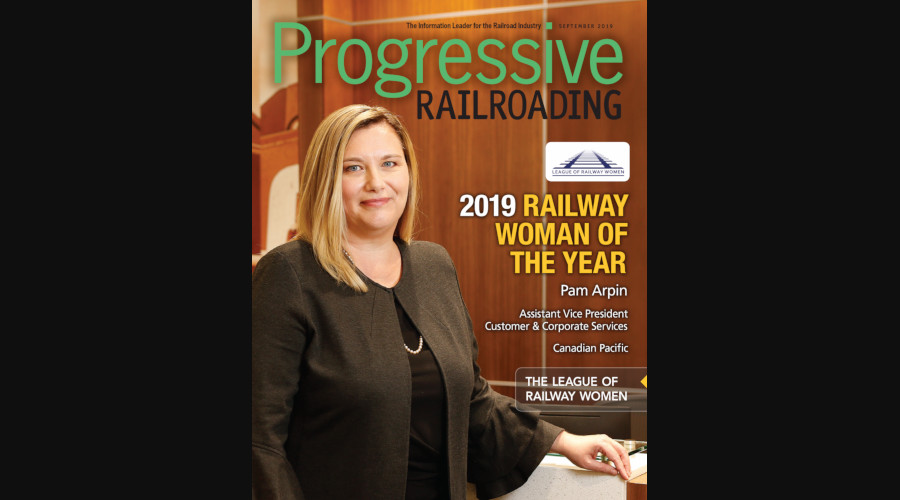 The League of Railway Women (LRW) yesterday announced Pam Arpin, assistant vice president of customer and corporate services at Canadian Pacific, has been chosen the Railway Woman of the Year.

Chosen by an advisory committee, the Railway Woman of the Year recipient is someone who works in the rail industry and demonstrates vision, initiative, creativity and guidance in a leadership role. She also is innovative, a problem-solver and one who overcomes challenges; and she brings consistent excellence to her organization and surrounding community, LRW officials said in a press release.

As AVP of customer and corporate services, Arpin is responsible for a team of more than 400 employees.

In 2018, she received the CP CEO Award for Excellence for her work on the development and launch of CP Fast Pass, an in-house system that automates all clerical gate activities across the Class I's intermodal facilities. The system has lowered operating costs by $5 million annually and increased time efficiency for truckers using CP terminals, officials said.

Arpin also has worked on the use of robotic automation and artificial intelligence, CP's mobile workforce automation and renewal of CP's customer portal. Moreover, she spearheaded the Class I's Customer Advisory Council.

“I am extremely proud to be recognized among a list of such notable women in this industry," Arpin said in an LRW press release. "I proudly share this honor with the many talented women across CP and the entire 13,000-strong CP family, particularly the dedicated employees of CP’s Network Service Center, a team I am fortunate to lead every day."

Progressive Railroading co-sponsors the award. This year is the 17th time that the magazine's staff have presented the award in its 22-year history.

"The face of the rail industry is changing in a positive way and it is a privilege to be a steward of this change," Arpin said. "As we begin to further appreciate and actively seek out diversity in railroading, we open ourselves up to new ways of looking at things; this is a cornerstone of innovation and I am excited about what the future holds for women in our chosen field.”